On 7 March 2020, we went to restaurant 212 (Amstel 212 in Amsterdam) with friends. The restaurant’s website is https://212.amsterdam. The restaurant is a member of Les Patrons Cuisiniers(https://www.lespatronscuisiniers.nl). This was the second time one of us visited this restaurant.

Because the restaurant has no tables there is little waiting staff running around, however the number of chefs is quite a lot. I think there are about 9 chefs out there. The chefs serve out the food themselves, i think this is grandiose.

The interior is chic, modern and warm. The large open stainless steel kitchen is the eye-catcher of the restaurant, the chefs are working very hard in this kitchen. As mentioned there is a large bar where the guests sit. There is a table for a group of 8 people and at the bar there are few places where a party of four can eat, so you are eating opposite of each other, otherwise you sit next to each other. Richard and Thomas’ motto is “fewer rules and more experience”. This is absolutely true by the way of sitting. Chances are you’re going to talk to the neighbors. If only about the food and the wine, this is something you share with each other when you eat here.
There are bar stools at the bar. These are very good. The stools es have a backrest.
Because the chefs come to the table there is an occasional time for a chat, dishes are explained, compliments are taken, by the chefs, and you see them cooking live. The kitchen runs like an oiled machine.
Each guest has their own cutlery tray. Because there are fewer rules, as a guest you have to grab your own cutlery from your personal tray. I like this. Nice no-nonsense, casual.

There is a choice between a menu of 5 or 6 courses or a-la-card. We chose the six-course dinner. In addition, there is a wine package. There is not one wine pairing here, but you have a choice of two different wine pairings. An ordinary package and a so-called exclusive wine package with better wines. Since we had a sommelier in our company, we opted for the more exclusive wine package.
We started with a glass of champagne, with 3 different appetizers. The appetizers were all very good presented and taste delicious. The amuses stood on a wooden box with a coaster on top of which the amuses lay.
The first amuse was a bun with sweet sour cucumber and lardo pointed through charcoal. The lardo was briefly roasted with charcoal at the table. The sweet and sour taste of the cucumber matched the charcoal smoked bacon. A nice start to this evening.
The second appetizer was a tartelette with a bonbon filled with carbonara sauce with eel instead of bacon. The carbonara sauce was very good in taste and the eel gave the fatty flavor to the sauce that the bacon normally gives. As a third amuse we got a crispy from wasabi filled with fresh crab.
After these 3 appetizers we received the fourth (last) amuse. A piece of fish with caviar. The fish was sprat, a kind of marrow pipe was made of it and it was filled, next to this was a sauce of wine. The wine was sour in taste, so my taste had to get used to this amuse, but after I had eaten a bit I liked it quite well.
The real work started, after the 4 appetizers we received the first dish: crispy Jerusalem artichoke with Dutch shrimp and Belper Knolle (cheese). The Jerusalem artichoke was hollowed out and briefly deep fried. After that, the Jerusalem artichoke is filled with shrimps. The Jerusalem artichoke was smashed at the table and fresh cheese was scraped over the beaten dish. The taste was intense. I never had Jerusalem artichoke with shrimps and cheese, so I was curious about this combination, but it worked surprisingly well.
As wine we drank a Riesling by Alzinger Smargad from Austria.
The second dish was grandiose. Lobster with pepper and a sauce of pumpkin, tandoori and orange. The lobster was cooked and then lacquered. The lobster had a barbecue flavor. The lobster had also been briefly contacted with charcoal. The lobster was good from cuisson. The sweet taste of pumpkin, with the bitter taste of orange and the spicy taste of tandoori finished this dish. Wow. This was so very good.
The wine was a domaine Monier Perreol. Again a nice wine-food combination.
The third dish was turbot with crushed oyster. There was a sauce containing braised kale and shellfish. The turbot was lukewarm and fried in the butter. The salty taste of the oyster dominated slightly, the combination was quite unusual and tasty. I found the sauce with kale.
As accompanying wine we received a Meursalt from Alain & Vincent Creusefond from 2017. Meursalt and turbot always go well together. A good match.
The fourth dish and the last fish dish was North Sea sole with raw mushrooms and a beurre blanc sauce of oxidized wine. In addition to the raw mushrooms, there was also a mousse of mushrooms on the plate. The sole was sprinkled with porcini mushrooms. The sauce was wonderfully sour. Another perfect dish.
The wine served was a spätburgunder from 2013.
The last dish before we go to dessert is Anjou pigeon from the barbecue with the organs of the pigeon.
The piece of breast was finished in the kitchen. We saw one of the chefs cut off the breast meat from the carcass. Everyone got a piece of meat from a carcass. The gravy was made of the pigeon itself.
The organs were also served with the pigeon. Pearls were made from the liver. In addition, the heart and stomach were also on the plate. One of us had indicated that he did not eat organ meat, this was not taken into account. When we indicated this (halfway through) it was indicated that the kitchen had made a mistake and a suitable solution was offered. It’s nice how the kitchen handles this. Making mistakes happens, good to see that people deal with this smoothly.
What I personally regretted is that the pigeon came from the barbecue again. Many dishes were provided with charcoal. For me personally, the surprise went off a bit because of this. It’s not a disaster, but I would have personally appreciated something more variety.
The sommelier had advised a Ferrero Brunello di Montalcino. A very good wine-food combination.
The cheese plate is one of the best we have ever seen in restaurants. A very large platter of cheeses is displayed. When we ordered cheese we were asked what varieties we would like or what kind of flavors. Everyone at the table ordered something different. I had only ordered spicy cheeses myself, a friend had a build-up in taste and Thomas only ordered hard cheeses. Our waitress had very good knowledge of the cheeses. She knew exactly which cheese was on the plate (and we all had other varieties). The spicy cheeses also had a nice build-up, just like the others.
For dessert you can choose between apple (classic of the chef) or kumquat. I chose the apple. A apple core of apple ice cream was served in a bulb of sugar. Below was some walnut and ginger. Chef Richard indicated that he is not perfect in creating desserts, but he can put this classic to his name.
The wine that was bestowed was a Zantho Trockenbeerenauslese. This wine is very tasty with the freshness of the apple.

We love the no-nonsense attitude of 212. The chefs are all very friendly and understand their profession. Chef Richard used to come to the table regularly to have a chat. The sommelier talks passionately about the wines and why these wines go with the dishes. I won’t be surprised if this restaurant is about to receive a second Michelin star. Here is cooked at a very high level, nice to have a non standard table restaurant at this level.
212AmsterdamChefChefseyeFoodblogFoodyMichelinmichelinsterrestaurant
1 Comment 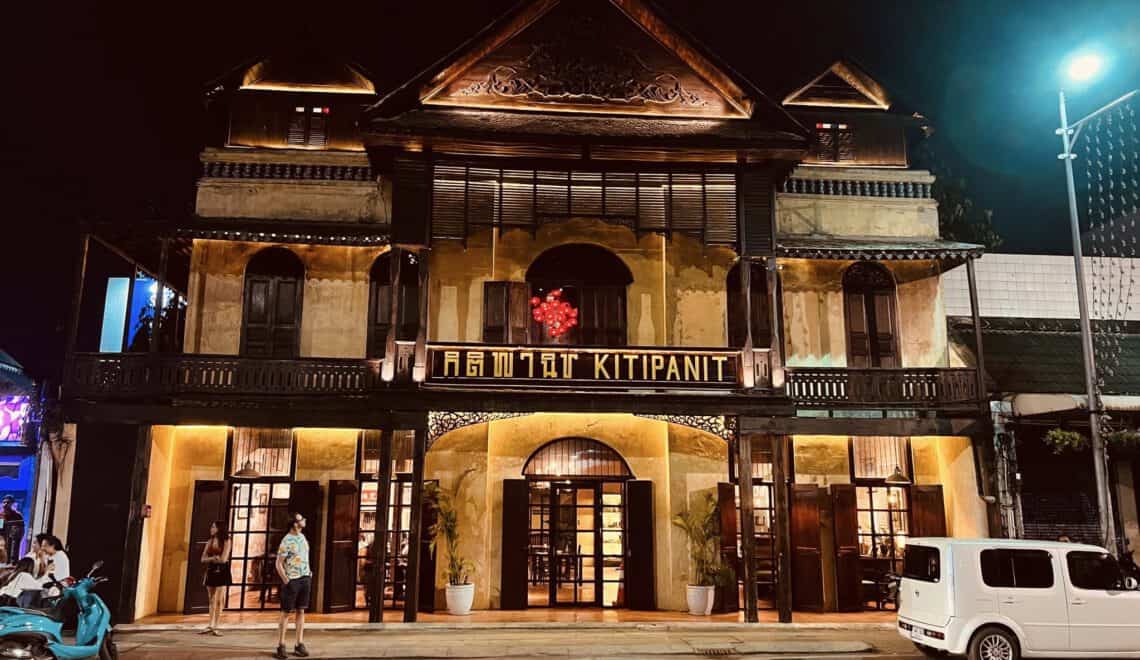 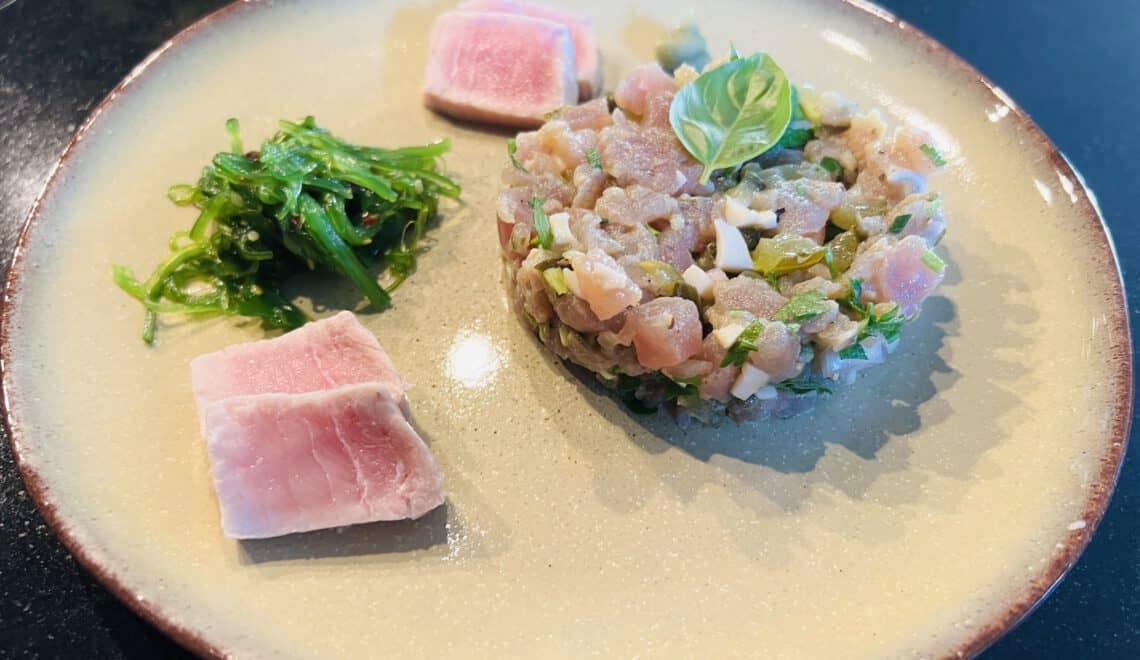 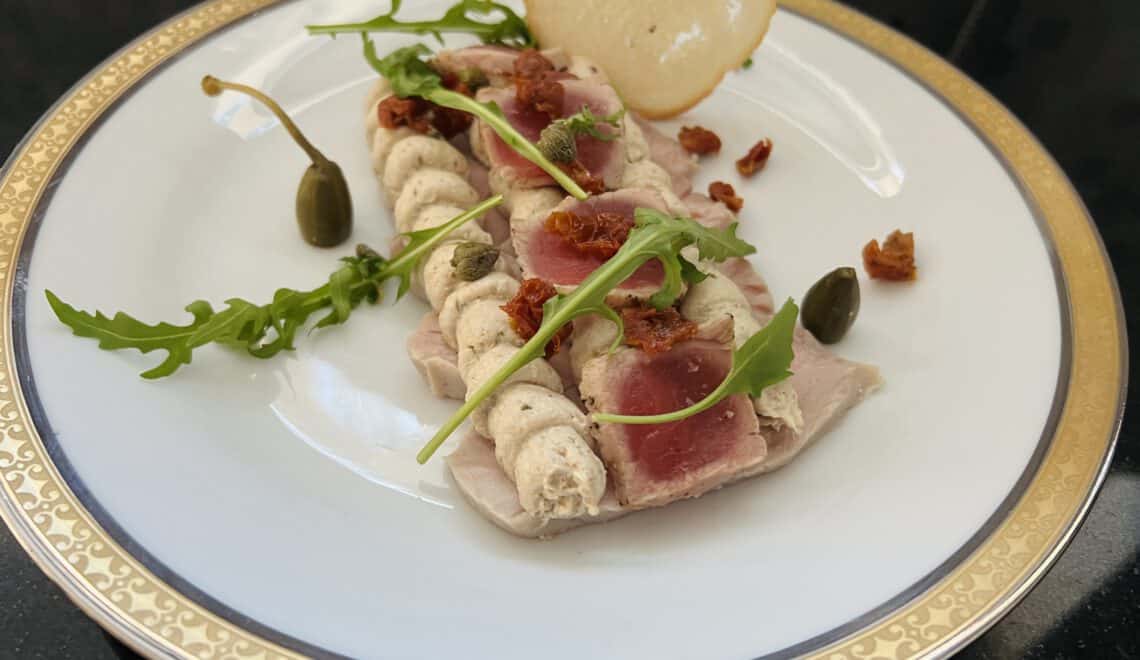